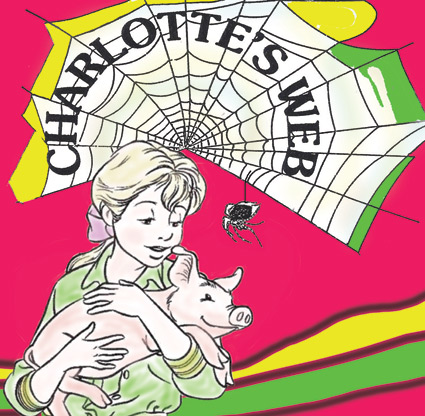 "... the best children's book of the past two hundred years"
– The Children's Literature Association

Adapted by Joseph Robinette  from the book by E.B. White

Generations of children and parents have enjoyed the book Charlotte's Web.  In this theatre for a young audience play we begin after a restless first night in the Zuckerman family barn, a wide-eyed young pig named Wilbur meets a witty and resourceful spider named Charlotte. When Wilbur learns through his fellow barnyard creatures of some unsettling plans for his future, Charlotte takes it upon her spinnerets and her trusty web to save him. This magical tale of what it means to be a good writer and a good friend features the much-loved characters created by E.B. White.