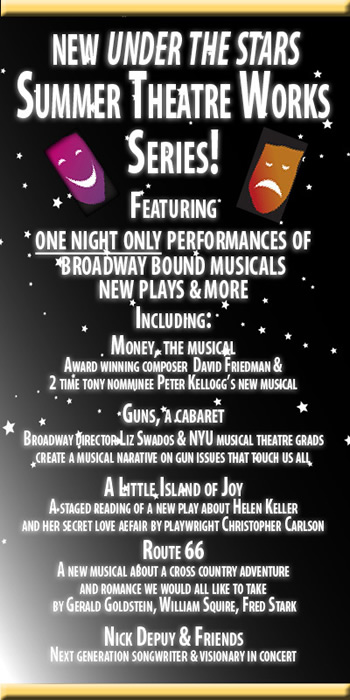 Featuring established Broadway and regional directors, writers, composers and new artistis. New works by David Friedman and Peter Kellogg, Liz Swados, William Squire, Jerold Goldstein, Fred Stark, Christopher Carlson and Nick Depuy.  Be introduced to a Broadway bound new musical by its award winning composer and writer one night, a passionate Broadway director's and her company's new project about Guns in our society the next, a new play about Hellen Keller, an iconic woman of the early 20th century, a uniquely Amerian road trip across the country and words and songs from the next generation! See all the events below. This series provides a chance for theatre-goers to experience diverse subjects all in various stages of the development process. Each event will include a special post-show conversation with the featured artists.
See special box office offer purchase any two shows and see any two additional shows free.

July 1, 8pm - Nick Depuy & Friends an intimate look at life through the eyes of a new songwriter. Featuring fellow performers and singers from the First Presbyterian Church of New Canaan Choir. An eveing mostly of new works from the next generation!

July 9,  8pm – MONEY, The Musical Renowned Broadway composer and cabaret lifetime achievement recipient David Friedman (Music) and two time Tony nominated writer Peter Kellogg (Book and Lyrics) directed by Allegera Libonati, creative assoicate and resident director at American Repretory Theatre in Boston, give us a unique take on the effect money can have on us all. This 4-character musical that follows the adventures of a hundred dollar bill as it passes from one person to another. One actor plays Ben Franklin, (the man on the hundred). In the course of the show, we see Ben used for wining, dining, wooing, bribery, gambling, sex, even for snorting drugs. The other three actors (two men and a woman) play all the other characters (currently 33).  An evening of reflections and lots of laughs.

July 16, 8pm- Route 66 The Connecticut premier of a new musical about adventure, romance and a trip down a highway we all wish we could take! See this staged in concert style presentation with eight talented performers who give us a new show destined to touch hearts all across our great country. An enjoyable story. Just sit back and fasten your seatbelt. Book by Connecticut theatre artists Jerold Goldstein and William Squire, Lyics by William Squire and Music by Fred Stark.

July 23, 8pm– Guns, A Cabaret Liz Swados, the director of the uniquely origional Broadway show Runaways, collaborated with NYU Tisch School Theatre students and graduates to present a dynamic poignant musical narrative on gun issues that speak to us all. The material covers every aspect of our country's relationship to the weapons that identify our violent core. The piece is extremely funny, very scary, at times tragic and presented in a rock concert cabaret style with the cast singing and accompanying as the band.
(NOTE: GUNS A CABARET is not recommended for students under 13. Lyrics to some songs contain adult language)

July 30, 8pm - Little Island of Joy: A staged reading of a new play about Helen Keller written by Christopher Carlson, author of the fantasy novel Puddlejumpers and screenwriter of the film HOMECOMING, nominated by the Writers Guild of America for Best Adaptation, starring Anne Bancroft. Little Island explores Helen's life at the peak of her fame in the late 1910s when the 36-year-old radicalized socialist secretly ventured into the single great love affair of her life. Produced by Bonnie McEneaney, Viking Rock Productions.

Money the Musical is a 4-character musical that follows the adventures of a hundred dollar bill as it passes from one person to another. One actor plays Ben Franklin, the man on the hundred. In the course of the show, we see Ben used for wining, dining, wooing, bribery, gambling, sex, even for snorting cocaine. The other three actors (two men and a woman) play all the other characters (currently 33).

Ben is disappointed that, in our current obsession with money, we have corrupted the vision of our founding fathers. Every character he meets faces some sort of crisis or moral dilemma, and Ben can't resist offering advice, often by quoting his own aphorisms, which prove extremely apt since so many of them deal with money, work, happiness and integrity. Of course, no one can actually hear him on stage. He is, after all, just a hundred dollar bill. But subconsciously, they intuit his counsel, hear it as the voice of their conscience, and make a choice to heed or ignore it.

A take on La Ronde, where the $100 bill eventually comes back around to the people who first exchanged it (who because of their experience are now in very different places), this piece is, at its core, about what money is and what it isn't, what it can and can't do and what truly produces happiness.
Money the Musical has been created to be entertaining, universal and easily and economically producible. It can be done in a professional theater setting with 4 people, or in amateur or school productions with many more. 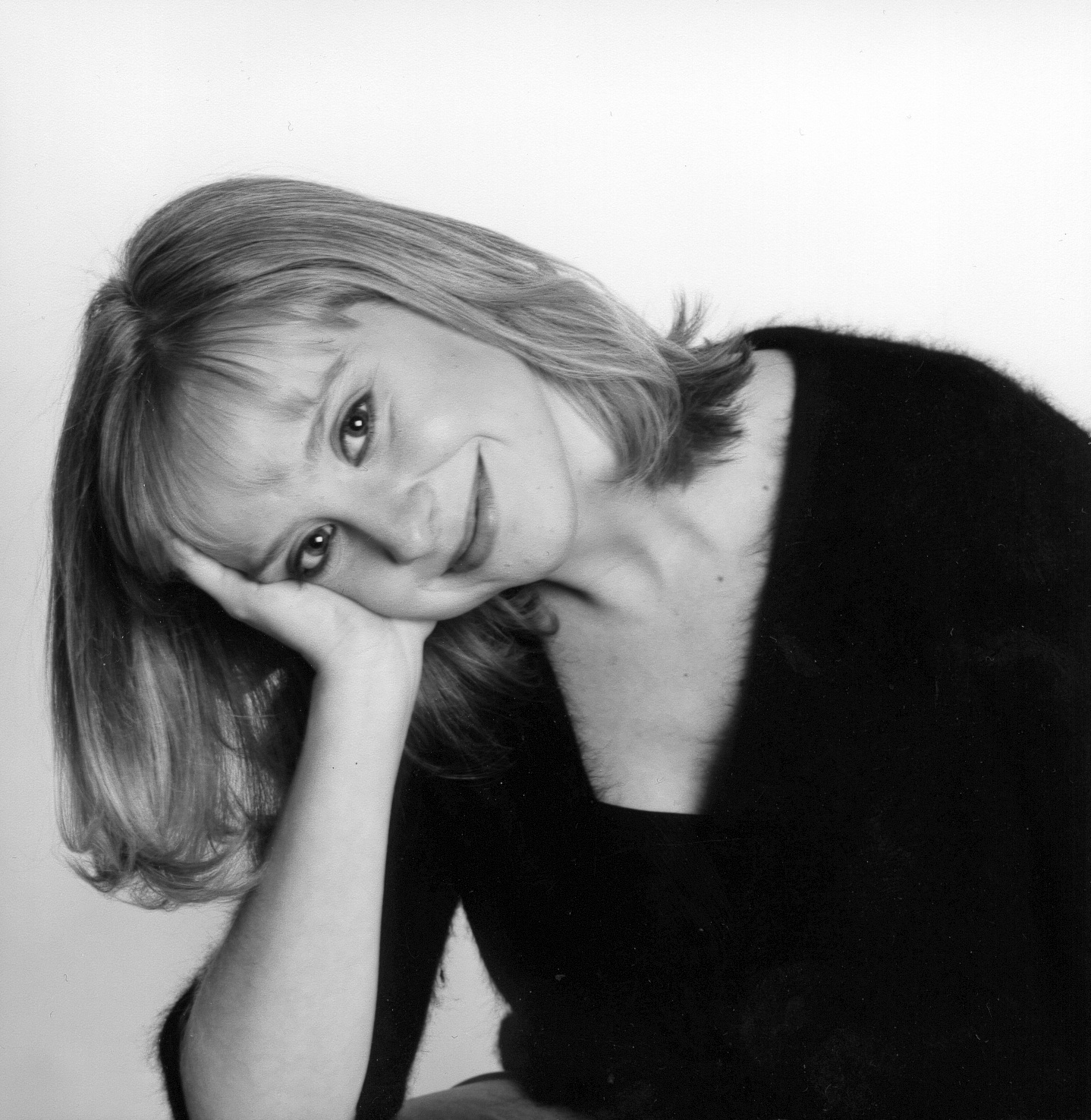 Book and Lyrics by William Squier

Route 66 is a musical romantic comedy about a charmingly neurotic freelance journalist
from Chicago and a laconic cowboy photographer from Arizona that team up to do a magazine piece about the historic old highway. In the process of rediscovering America, they fall in love with one another --- and with all the colorful characters they meet along the way. The show sports a spirited country pop score and featured roles for a small ensemble of strong actor/singers 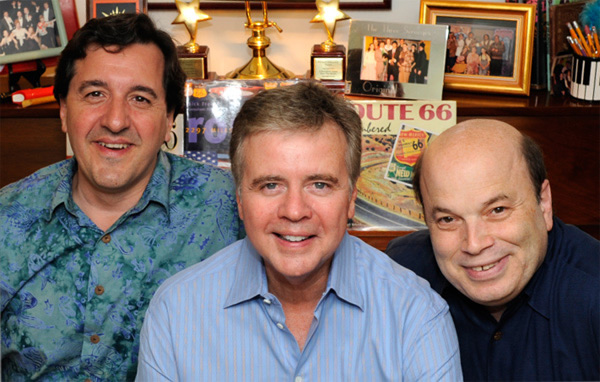 Jerold Goldstein's (Book) musicals (written with W. Squier) have been performed around the country, including
Babalu, Music is My Fist, and their holiday musical comedy The Three Scrooges. Individual songs that he has composed include "Garland of Hope," featured at Broadway's Palace Theater and the theme song for the ABC-TV late night series, Where's the Party? As an actor, Jerold appeared on B'way in How to Succeed... (with Matthew Broderick and Sarah Jessica Parker) and the musical Ain't Broadway Grand, as well as in the national tours of with Little Shop of Horrors and A Funny Thing Happened on the Way to the Forum, standing by for Rip Taylor. www.JeroldGoldstein.com

William Squier (Book & Lyrics) is an Emmy winning writer whose plays and musicals have been produced Off-B'way, at Walt Disney World, regional theaters across the U.S. and festivals worldwide, including the New York Musical Theatre Festival. He won the 2007 NMTN Director's Choice Award (Top of the Heap), 2006 Global Search for New Musicals (TOTH), 2005 Spirit Award (100 Year into the Heart), 11th Annual National Children's Festival New Script Award (The Klemperers' New Clothes), 2003 Coleman A. Jennings Award (TKNC), 2003 Jackie White Memorial Award (TKNC), grants from NEFA, the Puffin Foundation, the Anna Sosenko Assist Trust and a musical theatre writing fellowship from the state of Connecticut. He is a member of the Dramatists Guild and BMI.

Fred Stark (Composer) made his musical theater debut as the composer of Rhythm Ranch, which premiered at Paper Mill Playhouse, before being seen at Circa 21 and the Festival of First Stage Musicals (NYC). Fred composed the score for the musical Empty Pleasures. He also wrote and recorded an album, Big Star (Stark & McBrien), and several charted singles for RCA Records. Fred has been heard as a vocalist on hundreds of national TV and radio jingles, for Coca-Cola, McDonald's and GE, and has written many successful television and radio jingles, such as "I Can't Seem to Forget You" (Wind Song Perfume) and "Stack It Up" (Chinet).

GUNS A CABARET
Conceived and Directed by  Elizabeth Swados

GUNS is a dark, funny, difficult, uproarious cabaret/concert that takes on the issue that this country is both addicted to and identified with - weapons that kill instantly.  The songs are original by students and graduates of NYU
who are now a company. The material covers every aspect of our country's relationship to the weapons that identify our violent core. The piece is extremely funny, very scary, and a times tragic.  The performers are a band that have been together for over a year now and are expert at their instruments and vocal arrangements. They are passiionate about expressing what guns do in this country and in other countries, and yet they maintain an entertaining and artistic professionalism.  The piece is very rock and roll but introducees original forms as well and therefore falls in between the cracks of musical theatere and concert.

The piece is conceived and directed by Elizabeth Swados. It begun as a project at NYU Tisch School of the Arts Drama Department and now has grown into its own identity and fire, with recent performances at 54 Below and The Club at La Mama. Swados' Broadway credits also include Doonesbury, Agamemnon and The Cherry Orchard.

Little Island of Joy
A new play about Helen Keller

A staged reading of a new play about Helen Keller written by Christopher Carlson, author of the fantasy novel Puddlejumpers and screenwriter of the film HOMECOMING, nominated by the Writers Guild of America for Best Adaptation, starring Anne Bancroft. Little Island explores Helen's life at the peak of her fame in the late 1910s when the 36-year-old radicalized socialist secretly ventured into the single great love affair of her life. Produced by Bonnie McEneaney, Viking Rock Productions.

An evening of song through the eyes of a new songwriter and recording artist Nick Depuy. The concert features fellow local musicians and singing artists  and friends and members of the First Presbyterian Church of New Canaan Choir.

More about Nick:
" Nick , a student at American University , is a singer songwriter who has already had the great privilege of opening for Hall of Fame singer songwriter, Jimmy Webb , Neil Finn of Crowded House , the first year winner of The Voice, Javier Colon and most recently Kermit Ruffins ..... receiving standing ovations for his performances...... he has been featured on wplr 99.1, on abc's channel 8, on cbs wtic 1080 and the Marti Heiser cable network show . Nick has played numerous venues including Fairfield Stage One, the Bijou Theater and at the Gathering of the Vibes in Bridgeport , The Rockwood Music Hall , The Living Room , and Joe's Pub in NYC

Discovered by the late Paul Leka ( singer/songwriter/ producer .... Na Na Hey Hey / Harry Chapin/ Dan Fogelberg ), Nick has worked extensively with Bruce Lundvall, the retired chairman of and consultant to the Blue Note Label Group/ now in the Universal Records family of labels , and he has had the good fortune to mentor with Rosanne Cash on his songwriting . Most recently he was honored to share the stage with Norah Jones and Dianna Reeves to honor Mr Lundvall when he received the Lifetime Achievement Award from the Jazz Foundation of America

Nick's first EP is available on itunes/ amazon and his web site is www.nickdepuy.com ..... He will be performing at various venues this coming  school year in Washington DC and in the Connecticut / New York area when home during breaks from his college commitments "