This show could be the standard by which all others are measured. Based 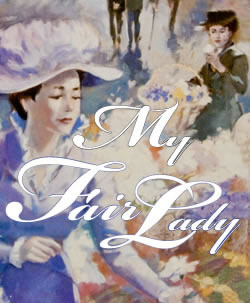 on Shaw's play and Pascal's movie "Pygmalion," with book, music and lyrics by Lerner and Loewe, MY FAIR LADY is triumphant. With Wouldn't It Be Loverly?, With a Little Bit of Luck, The Rain in Spain, I Could Have Danced All Night, On the Street Where You Live, Get Me to the Church on Time and I've Grown Accustomed to Her Face it's no wonder everyone-not just Henry Higgins-falls in love with Eliza Doolittle.

What reviewers are saying about My Fair Lady

It is abso-bloomin-lutely safe to give this production of "My Fair Lady" a score of 15 on a scale of 1-10. Don't miss it, and don't wait.
—Tom Nissley, Ridgelea Reports on Theatre, Connecticut Critics Circle

A wonderful Eliza, Shining every moment she's on stage. Jasmin Gorsline's performance is worth the price of admission.
—Geary Danihy, Connecticut Critics Circle

Perfection in its 'loverly' way and should not be missed.
—Bonnie Goldberg, Connecticut Critics Circle

Richard Sheridan Willis creates a strong Henry Higgins, putting his own stamp on the character. He manages to combine charm and irascibility in equal measure, from the moment he comes on stage.
—Irene Backalenick, nytheaterscene.com, Connecticut Critics Circle

Summer Theatre of New Canaan has given us back the poignant drama, general hilarity and true elegance of a great play and a score that has probably not been equaled in a long, long while. It was presented with taste and class, and what better way could there possible be to spend a lovely summer evening?
—Anderson Broecking, Brooks Community Papers

Memorable is Brian Silliman as Alfie Doolittle, Eliza's loving father. Silliman is one of the company's living treasures, creating a delicious and hilarious character (as he has in such past performances as Falstaff and Sir Toby Belch). And with fine performances right on target are Gary Harger as Colonel Pickering and Anne Holbrook as Henry Higgins' mother. Christian Libonati is an appealing Freddie... all backed by a solid ensemble, under Allegra Libonati's steady direction.
—Irene Backalenick, nytheaterscene.com, Connecticut Critics Circle

Allegra Libonati's excellent direction was entirely true to the show, and to the play that inspired it, and Doug Shankman's comic choreography was both lots of fun, and aristocratically stylish when appropriate, very well executed by the cast...Clever set pieces and effective lighting, by Charles Pavarini and Devon Allen, respectively, evoked the right atmosphere for the show. The costumes by Arthur Oliver were positively sumptuous, especially the Ascot scene and, of course, the Embassy Ball. Orchestra conducted by a very talented young man, David Hancock Turner, handled Loewe's almost-symphonic score extremely well.
—Anderson Broecking, Brooks Community Papers 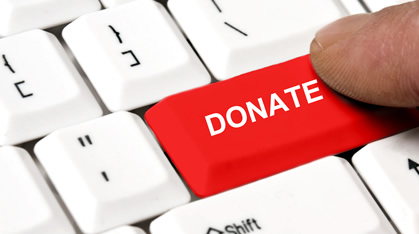