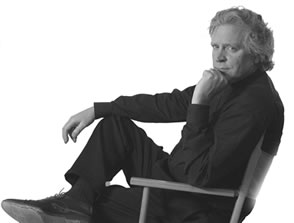 Ed Libonati is the Executive Director and one of the original team creating the Summer theatre of New Canaan. Prior he was  founding partner of Brandloft, a branding and communications agency based Connec ticut. Ed also was the CEO of ICR Network, an international advertising agency, with companies in the United States and Europe. He is a multi-award winning TV commercial, film, TV Director, writer and producer. He has directed hundreds of commercials, many with celebrities and stars.

Ed has produced and directed jazz, pop and R&B music videos and TV shows plus numerous corporate films. As an on-camera advertising consultant for CNN, Ed commented on advertising trends and campaigns. He has been interviewed on TV & radio talk shows, in numerous trade magazines and featured in USA TODAY. Ed has participated in TV advertising trade panels, hosted award ceremonies, given college, advertising club and community talks. He was also awarded an Ithaca College Communications Outstanding Alumnus award.

Active in both the CT arts and community service, Ed serves on the Board of Directors for the Summer Theatre of New Canaan (CT), New Canaan Community Access Channel 79 and is an Elder at the First Presbyterian Church of New Canaan. Ed has helped raise funds and promote local non-profits with commercials, videos or helping produce events for including the Norwalk Aquarium and Maritime Center, Stamford Center for the Arts, the YMCA of New Canaan, New Canaan Horizons, The Pro Arte Singers, The First Presbyterian Church, The Labyrinth of Connecticut, The New Canaan Nature Center, The Powerhouse Theatre and New Canaan Country School. Ed is an avid sailor (at least once a year).